How To Celebrate Earth Day 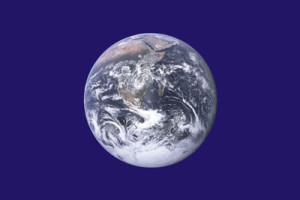 Held annually on April 22nd, the world’s first Earth Day was celebrated in 1970. Today, it’s a massive event orchestrated by the Earth Day Network and observed by more than 192 countries. To learn more about Earth Day and how you can show support for the environment on April 22nd.

Turn Off The Lights
Who says you celebrating Earth Day is hard? While there are plenty of laborious ways to support the environment, something as simple as turning off your lights can make a difference as well. Whether you’re working at the office or lounging around your home, turn off any unused lights. It only takes a split second to flip a switch, but doing so will promote a greener Earth while saving you money on your monthly utility bills in the process.

Plant a Tree
Thousands of classrooms, businesses and families plant trees on Earth Day. It’s a simple way to support the environment in a meaningful and tangible way. According to a report published by NC State University, a single tree can absorb as much as 48 pounds of carbon dioxide – a leading greenhouse gas – per year. Furthermore, trees produce and release fresh oxygen back into the atmosphere.      So while industrial companies are tearing down forests left and right, you can lend a helping hand this Earth Day by planting a tree.

Recycle
We can’t talk about ways to celebrate Earth Day without mentioning recycling. Most people today toss their empty soda cans and bottles into the trash without thinking twice. Unfortunately, this behavior contributes to landfill pollution, filling up Earth’s valuable space with even more trash. Contact a local recycling company in your area to see if they are willing to pick up your aluminum and plastic. Most companies will gladly pick up these materials at no charge to you.

Carpool
The average car produces a whopping 606 pounds of carbon monoxide, 10,000 pounds of carbon dioxide, and 80 pounds of hydrocarbons each year! Carpooling, however, can cut these emissions in half. Assuming every passenger vehicle in the United States carried just one other person, we could save 33 million gallons of gas per day. Talk with your coworkers to see where they live and whether or not they are interested in carpooling to work.

How To Celebrate Earth Day was last modified: March 16th, 2015 by admin

This article was posted in . Bookmark the permalink. Follow comments with the RSS feed for this post. Both comments and trackbacks are closed.
8158141319